PBS recently aired the documentary, “Raise Hell: The Life and Times of Molly Ivins” which I decided to watch. I was familiar with her and her work, but hadn’t ever studied her, even though my sister urged me many times to read her. For those who aren’t familiar with her, either watch the doc, or google her. She was a newspaper and political columnist and humorist. She was what I call “spicy”. A bit or maybe a lot controversial, and very opinionated. She passed in 2007, leaving me to wonder how she’d fare in today’s volatile times.

As I watched the program, I realized that many of her views, though often extreme at the time, weren’t as offensive to me as I had previously thought. As I travelled down that rabbit hole of thought, I realized that a lot of the information I was making decisions with in the 80’s and 90’s turned out to be wrong.

So, what was I to do upon realizing that I’d been misled all those years ago, whether intentionally or not? And, what about the beliefs I’d built based on that information?

As I dug deeper in this rabbit hole, I thought about today’s society. Fraught with disagreements about facts vs. opinions and beliefs vs. facts.

To get us all on the same page, here are the definitions I’ll offer:

With these definitions in mind, I first had to re-frame what I had called my ‘beliefs’. Yes some of the information I’d received in my lifetime through studies, media, and discussions did lead to beliefs as defined here. But most of it, I now realize, it led to faulty opinions.

I was drawn to the idea of re-thinking my opinions. Especially as I get new information. Time has a way of correcting and cleaning up our mistakes. Hindsight is 20/20 is the oft-repeated line. Yet, what do we do with the new information uncovered through that insight?

Years ago, I heard someone give this advice, “don’t hold people captive to their past”. I was fascinated by the idea because it reminds us that we can change, and that there is benefit to it. Oh, I know, ‘they’ say that everyone fears or hates change. So, if you’re one of ‘them’, stay with me for a minute. Think about it…do you want to be thought of in exactly the same way you were 10, 20, even 30 years ago? Do you want to be the perfect expression of what classmates wrote in your annual decades ago?

Haven’t you learned a thing or two during your journey on earth? I’m guessing that you have read, studied, discussed, watched, and taken in information on a huge variety of subjects during your lifetime. How has all of that information changed your beliefs and opinions or has it?

I personally don’t want to be held captive to my past. Not that there’s anything wrong with it; it’s just that I have grown, evolved, and learned. I have begun to intentionally sit with new information when it arrives. While watching the news, if a story is reported that challenges an opinion I hold, I pause the show and reflect on it. Why do I feel uncomfortable? What opinion has it challenged? Does this new information make obsolete my previous thought, or does it spawn a completely new and different idea?

This new process of re-thinking my opinions is exciting, and energizing!

It allows me to revisit subjects with a fresh set of eyes without having to judge the earlier information or opinion. I’m evolving and find the journey, even at this ‘later age’ to be quite an adventure.

Ann Ranson is a teacher, facilitator and coach guiding nonprofits and individuals to powerful breakthroughs that lead to ideal outcomes for success and happiness.

To live bigger, we need to get unstuck. And it must be our mission to be the...

END_OF_DOCUMENT_TOKEN_TO_BE_REPLACED 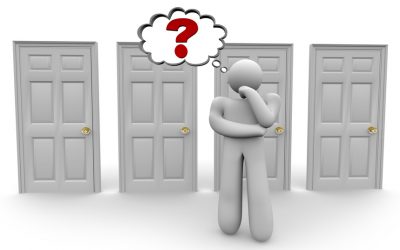 In the past month or two, a few people that I know have shared their feeling...

END_OF_DOCUMENT_TOKEN_TO_BE_REPLACED 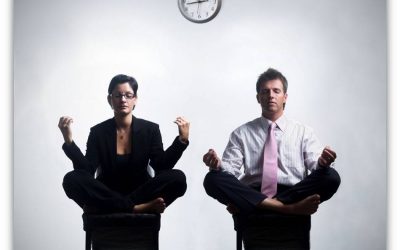 In a recent interview on Tell Me More with Kelly Corrigan, Atul Gawande shared...